I just wanted to take a moment and reflect on what has been one of the craziest years of my life... On this day, exactly one year ago, the guys made their decision to bring me into Beauty in the Darkness, officially, as their singer. And what a year it has been. I always dreamed of being in a band that was as dedicated and focused as these guys are, so to say that this opportunity is a blessing would be putting it extremely lightly. We took some stellar band photos courtesy of Square Shooting, recorded a 'new' version of the Lost For Words ep as well as our new single Crazy Stacy at Digital Insight Recording.. I was involved with creating art for our physical cds, posters, stickers, shirts, and new logo.. we filmed videos with our friends, played a show and wrote so many new songs.. I was able to put more art, heart and soul into this band than I was ever able to do in any other in my past. I did in a year more than most people do in three or four when they're just a local band.

The reception I have received as the new singer of this band has been more positive and heart warming than I can express. Having two phenomenal singers previously, I was full of nerves at the thought of releasing something that was comparable to such talented people. But every single one of you has made me feel at home in this band and with our music- and for that I am truly grateful.

I have made so many wonderful and unforgettable memories with Zero, Thomas, and David, as well as with all of you.

2018 is going to be a year of continued growth for this band and I can't wait to show you what we have up our sleeves. 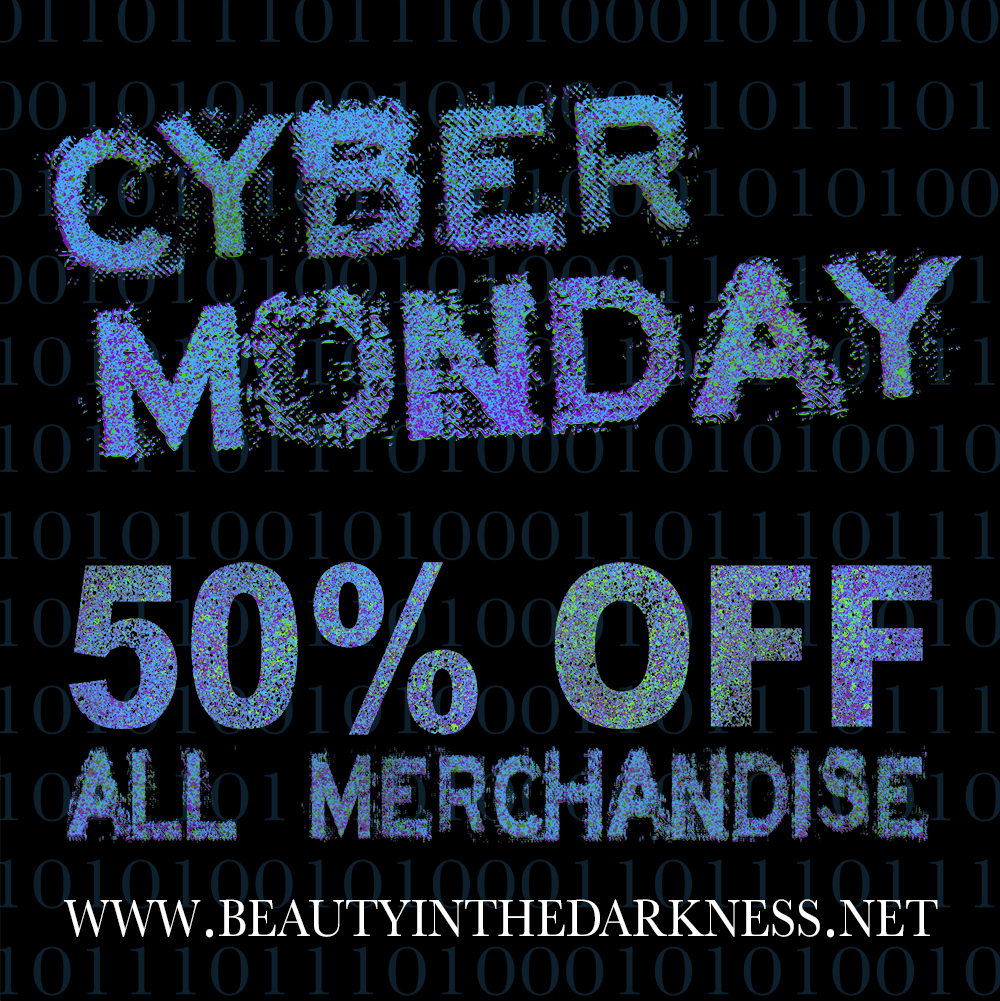 New Single Crazy Stacy! Out Now Stream it here and anywhere! Don't forget to buy the LFW Merch Package and get the single free to download! 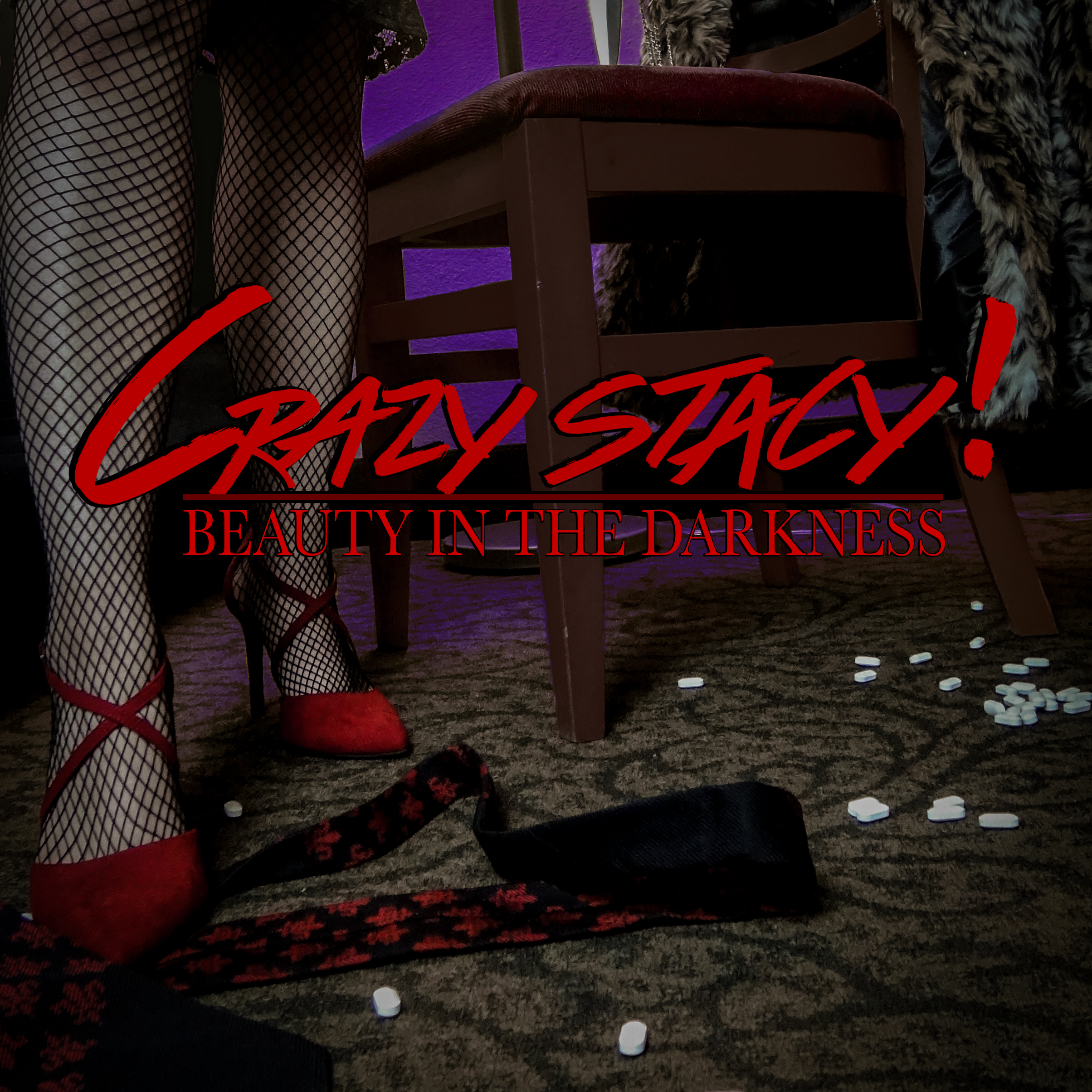 We recently went through a lineup change, new recordings,
and a lot of our media went dark... but we're back Beauties!!!

If you aren't subscribed to our youtube channel, please give us a follow. We have our new re-release of Lost For Words on there currently and this is where you'll also find our music videos as well as some fun teasers and behind the scenes stuff as they come along.

We've officially started working for Green Kite Records recently! They're a artist development label trying to help get to the top in becoming national touring musicians and making this more of a career orientated band. We're going to be doing some big stuff pretty soon and starting to set up more bigger and exciting shows through the promoters we work with including Steven Goldberg and playing some shows with a lot of cool friends! Also we're starting to work on our New Album and hopefully we can start recording soon with our new music. So much starting to go on now and we're super excited about all the big stuff that we're going to be doing soon. Hopefully we come out on top and with more fans to account for. Thanks for watching out for the updates and keep supporting us and coming out to our shows because it really makes a difference everytime! -Zero

Check out our new music video for fire below! Click the box and you will be directed there!

Hey guys we've entered a Battle of the Fans to Play Extreme thing and we need you to vote now! Follow the links below or use the scanner codes. Wee really want to win this but we need your help so vote now and don't forget we also need you to come to the shows to make it to the semi-finals and to ultimately win! Thanks guys stay tuned for videos and new music as well coming soon! We might even play some new songs early! 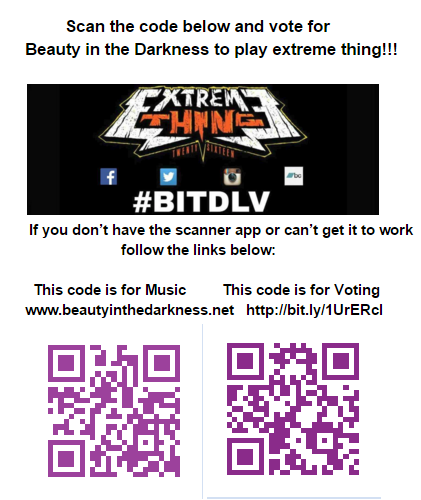 Come check us out on the 25th at the Beach Hut Deli Free show with a lot of live music! Come just sit back, grab yourself a meal, and enjoy the live ambiance! Location has been changed and is no longer at the Hard Rock Cafe. 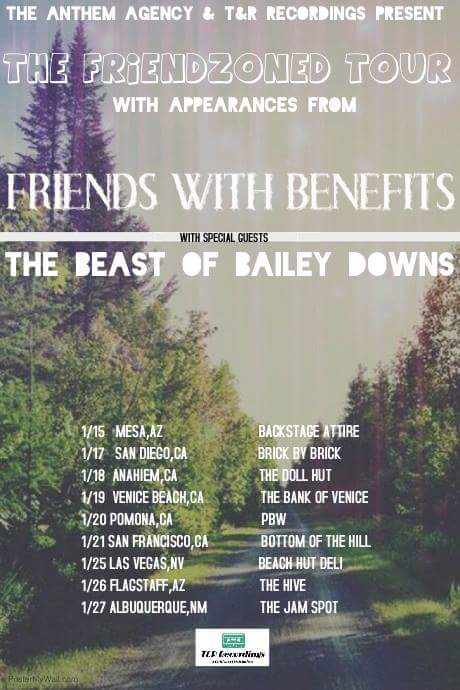 We've just been Sponsored by RudeBoy!

We recently just been added to the Rudeboy roster as an official partnership and are our new official Sponsors! We cannot begin to show how excited we are to be working with them and want to thank them for giving us this opportunity to work with them! We have an exciting future ahead of us and working with overseas clothing line is one of the coolest things we never expected! So go give them a look and a like on their social media plus there website which can be found at the links below. Thanks guys Stay Rude!

Check us out on Earbits Radio

Need to listen to more music on a new online platfrom? Well check this site out and follow the links to our music. You can discover another 150,000 + songs and find new artists instantly! So go check it out now and start getting into some new music everyday!